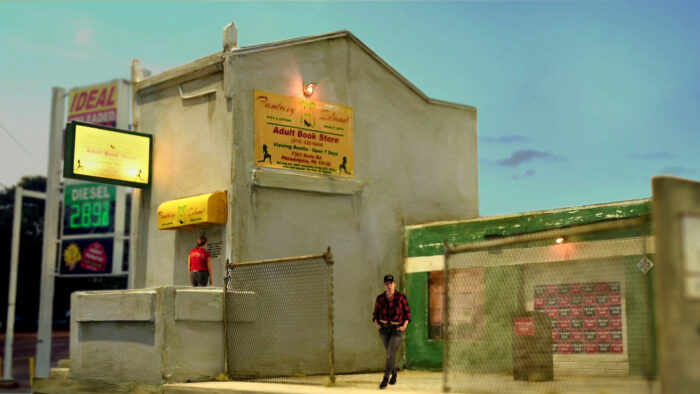 A Poem is a City is a short film by Tracey Snelling and Arthur Debert, produced by Künstlerhaus Bethanien. Set to a narration of Charles Bukowski’s A Poem is a City, Snelling becomes a character in her mini cityscapes, wandering the streets, night and day. From Berlin to Shanghai to Philadelphia, she takes on different personas as the settings change. This is a continuation of Snelling’s exploration of the culture and architecture of cities, and the evocative moods that constantly shift within a landscape.

A Poem is a City
Short film by Tracey Snelling and Arthur Debert
A Poem is a City by Charles Bukowski (1969)
produced by Künstlerhaus Bethanien, 2021