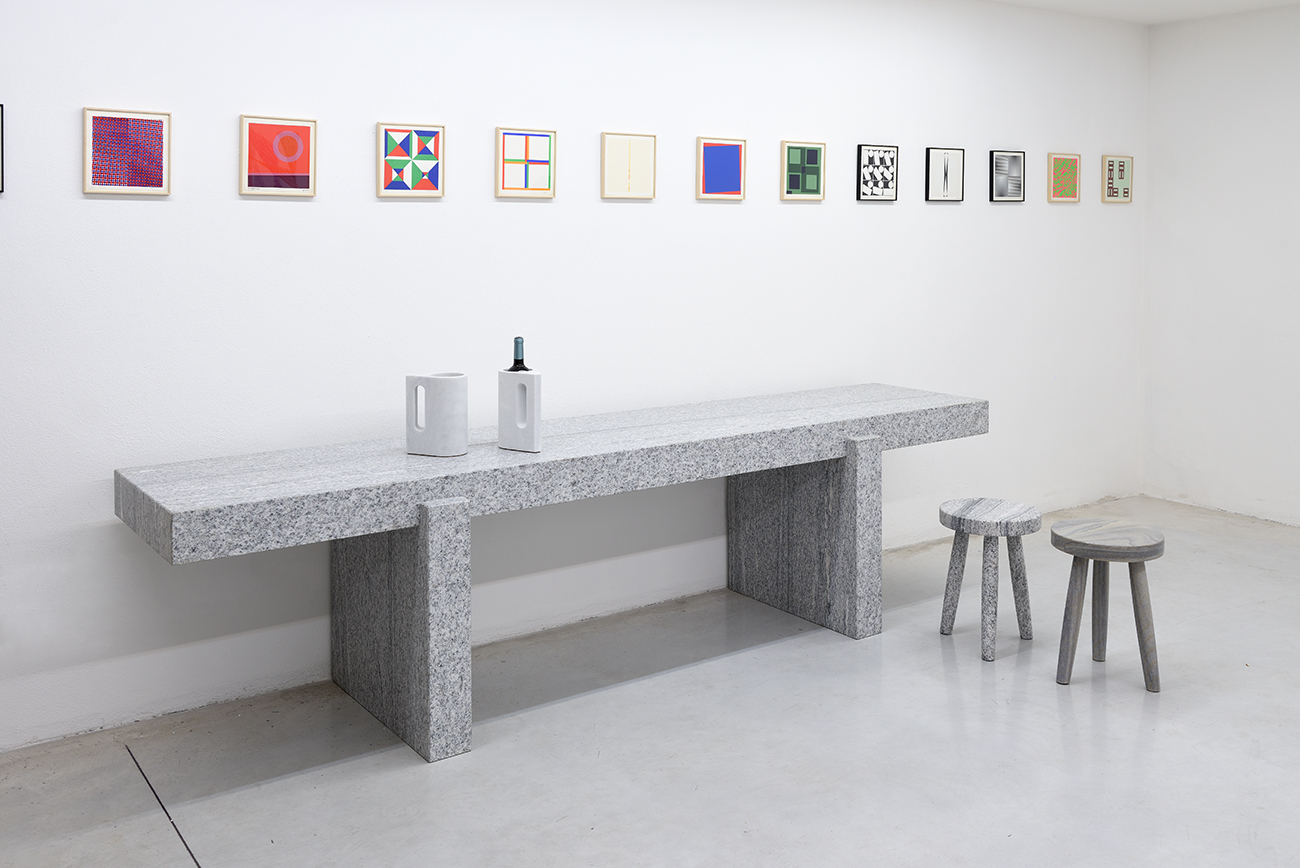 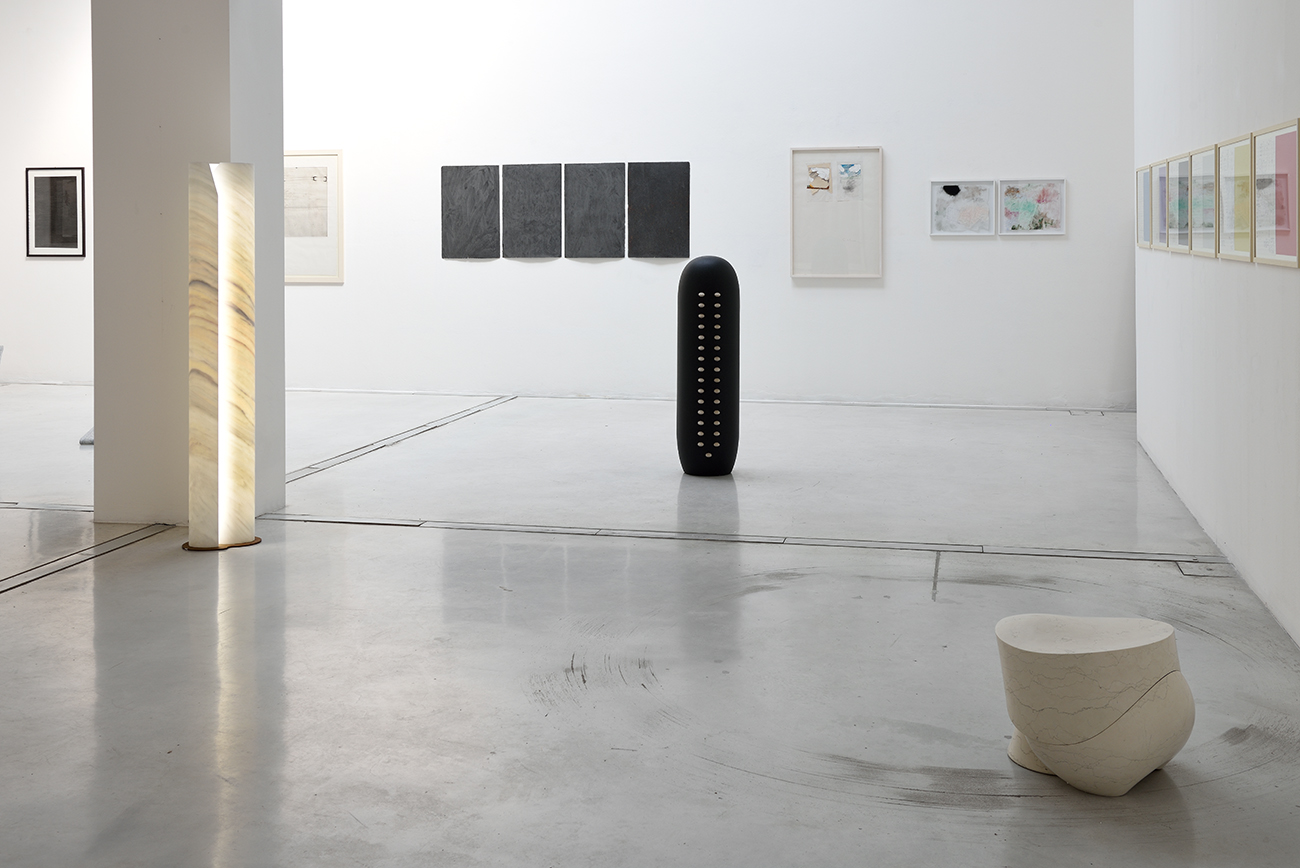 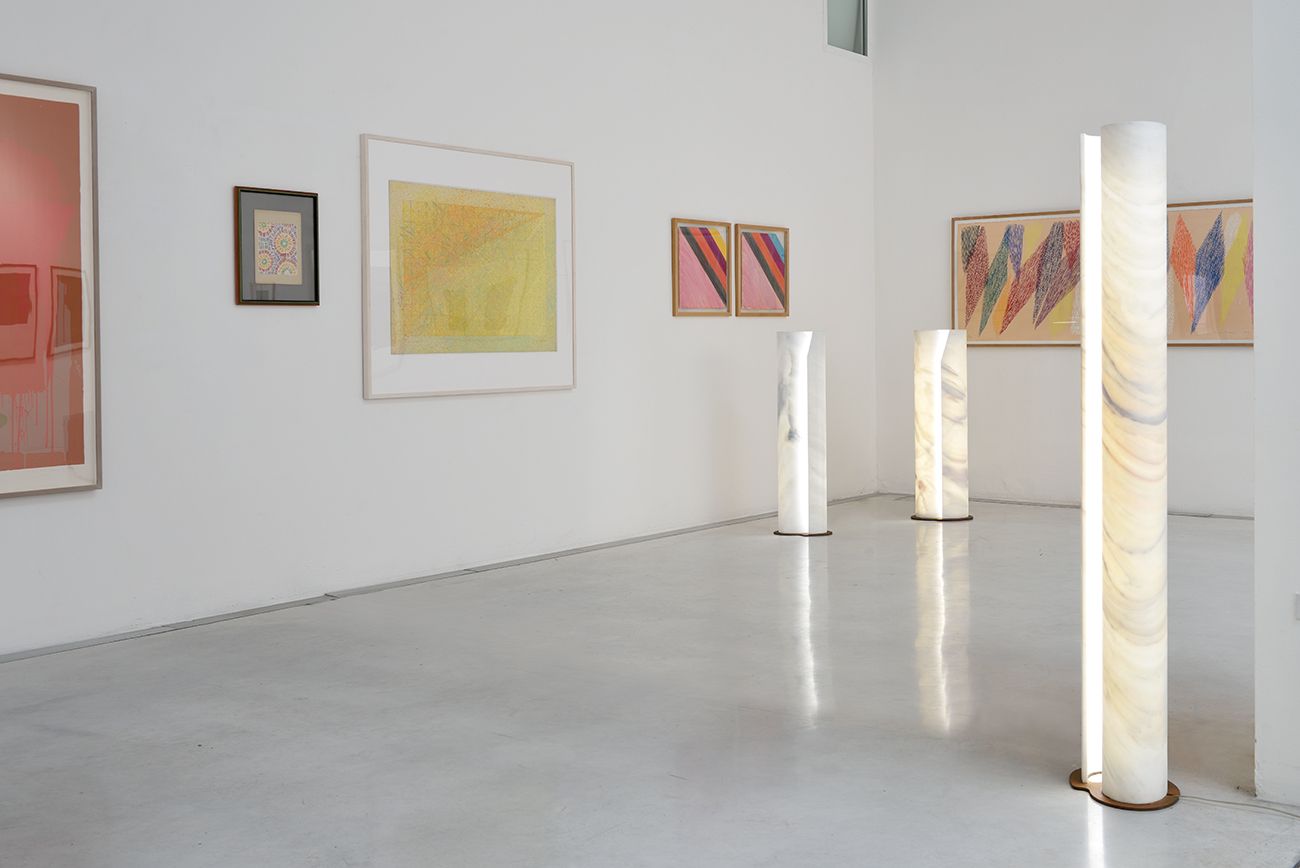 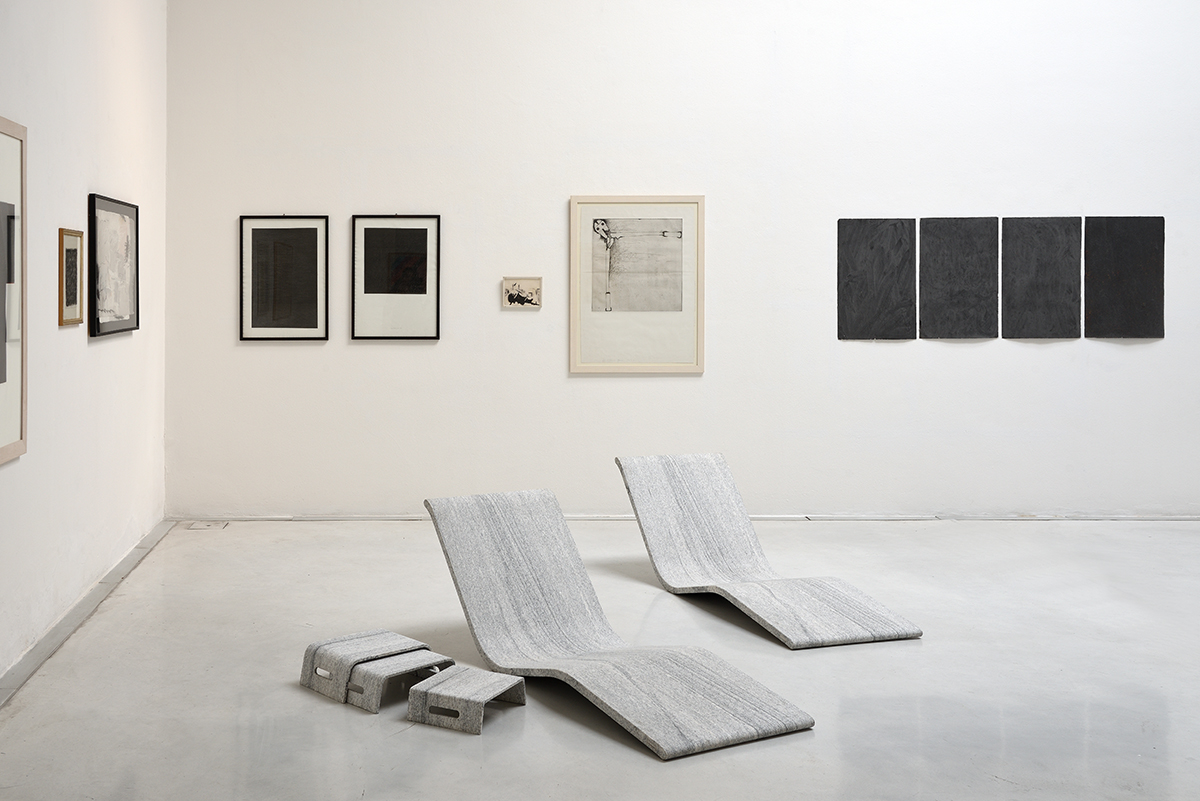 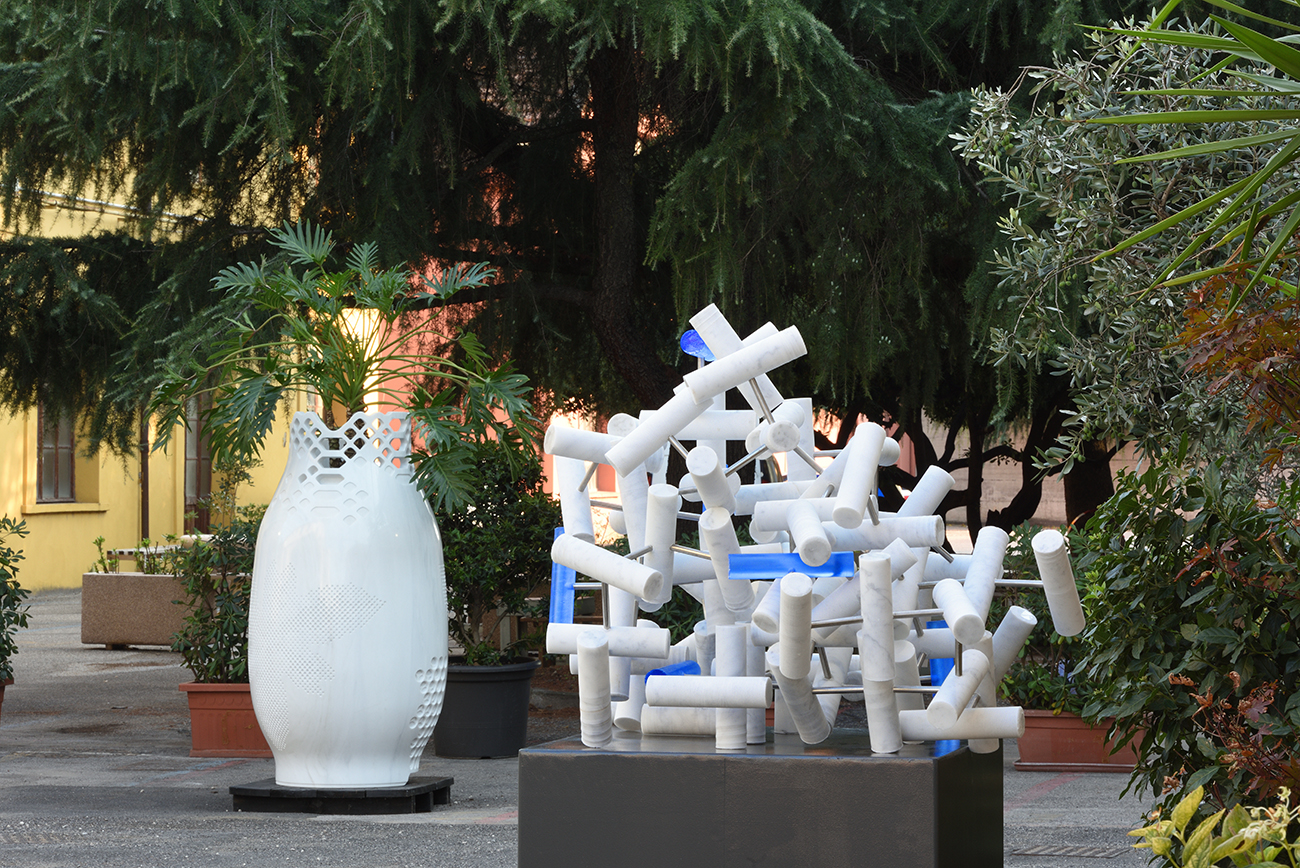 Studio la Città’s new series of exhibitions opens with the show Il Marmo (Marble), an exhibition devoted to design. It is organised together with the Testi Group Srl, one of the major groups in the sector of processing natural stone, and will be held concurrently with Marmomac, the world’s leading fair for the stone industry.

The show, which will be open to the public from 27 September, will create a dialogue between a series of prestigious objects, conceived by internationally famous designers and architects, together with the unusual hanging of the works on paper underway at Studio la Città until 25 October 2018.

And so, the incredible lightness of the drawings by Calzolari, Camoni, Dorazio, LeWitt, Fontana, Hoyland, Schifano, Spalletti and Paatz (to mention just a few) will come up against the expressive “weight” of the Testi group’s marble products, and vice versa. In the second case, in fact, a material that is by its very name considered to be heavy, has given rise to extremely light and refined products, the work of important designers, as well as thanks to the savoir faire of expert marble workers.
Among the works exhibited will be the CARTIGLIA Lamp by Tobia Scarpa, a single block of Lasa marble where the stone takes on the elegant form of a sheet of wrapped paper; the SINUOSA chaise longue by Testi, created from a monolith of Duke White granite; the THREE PAIR stool by Aldo Bakker, consisting of three separate elements (hence its name) that balance together; and the RICAMO vase by Patricia Urqiuola, an imposing vase inspired by one in the Rosenthal collection and characterised by a knowing artistic play of piercings and shaped forms that give it the appearance of light embroidery.
In the show one piece in particular will be unique with respect to the other objects: this is RITUAL CALENDAR, made in collaboration with the designer, born in America but of African origins, Ini Archibong. This large black granite monolith was inspired by dolmens as well as by the tribal artisanal products that surrounded its designer during his childhood. The simple silhouette alludes to a sense of respect, a spirituality that transcends the diverse cultures and that is, in the artist’s own words, a tool for practicing awareness. The days of the month, represented by 31 elements made from Creole Beige stone, are inserted ritually every day in their specific places in the totem, and can be put into a pocket and carried around by the owner.

For this occasion, the German artist Herbert Hamak has been asked to make a new work for outside the gallery, using resin in his typical ultramarine blue colour, together with marble elements, the wastage left over from the Testi Group’s production. 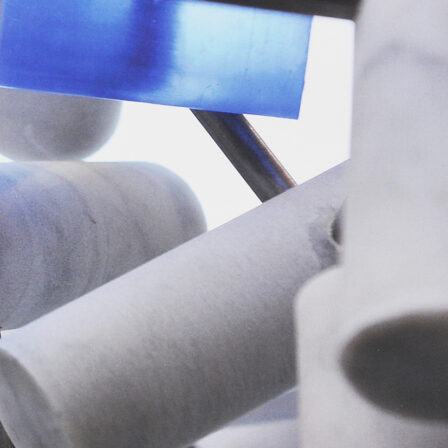